The Garden Party has long been an autumn staple of MUD. Since 1991, MUD neighbors, supporters, and friends have gathered among fruit trees and shipping containers to celebrate urban sustainability, indulge in local food and drink, bid on silent auction items, and dance the night away. Garden Parties past have also featured live improv acting, sidewalk murals, puppet shows, and, once, a garden hat contest.

Rachel Gooen, director of MUD for two years in the early 2000s, fondly remembers the Garden Party as “THE summer party,” where you could always count on “lots of people, great music, always good food and good connecting.”

Until 2013, the Garden Party was held at MUD’s original location in a residential neighborhood on Missoula’s northside. “Everybody biked up and the bicycle madness was everywhere and the streets basically got blocked off, not necessarily on purpose, just because everybody in the neighborhood came,” Rachel recalls. “It was just a really fun, playful community party.”

A MUD newsletter from 2006 captures this sentiment well in a Garden Party recap: “The talents of Tom and the Tomatoes and the Gravely Mountain Boys provided the music. The music kept everyone’s feet tapping. After dinner, the tables were moved, and MUD’s backyard was transformed into an outdoor dance floor. At 11 pm there were still calls for ‘one more, one more!’”

This year would have been MUD’s 30th annual Garden Party. Like so much in 2020, however, we have had to nix the traditional hullabaloo in favor of a virtual gathering. We hope you’ll join us for Garden Project Week, an online celebration of sustainable living from September 21 – 26. We may not have food and dancing, but we will have:

Although we’ll have to wait until next year to recreate the joy and warmth of the Garden Party (in a big ol’ 30th anniversary bash!) we hope the Garden Project Week is able to capture a bit of the sense of celebration and community empowerment that has long been at the heart of both the Garden Party and MUD. So put on your favorite garden hat and come on back to mudproject.org on September 21. See you there! 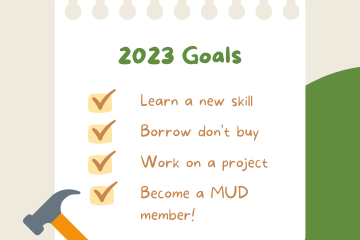 January is often a time of reflection and planning for the new year and for the MUD team it’s no different. Earlier this month our staff and board spent a cozy Saturday at the Missoula Read more… 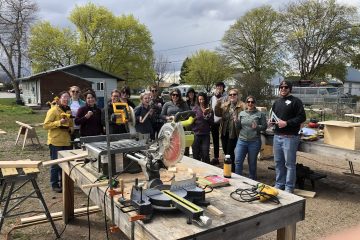 Be a Beginner and Build Together

Written by Kathleen O’Brien, MUD Tool Librarian and Workshop Coordinator One of the hardest things I’ve come to learn is that if you want to be good at something, you first have to be a Read more… 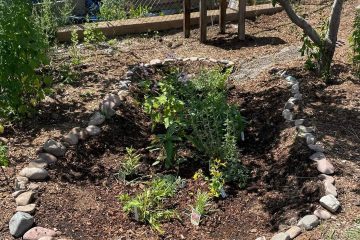 Demonstration Rain Garden – Working Together for Creative Solutions to Pollution